For this episode we decided to interview the cast. All at once. Via the internet. With questions that they’d written themselves. Look, it’s amazing we got this far, OK?

Let’s get the big questions of life out of the way first. If you could only eat potatoes cooked in one way for the rest of your life, which would you go for? 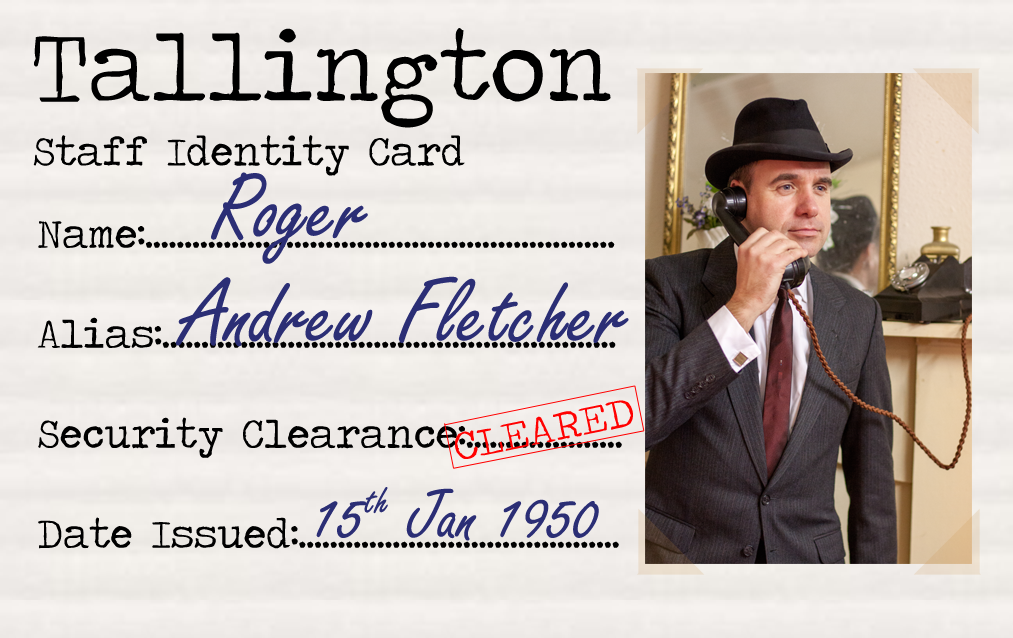 [Andrew] Dauphinoise. Only the French could take a carbohydrate and flood it with cream. Legends.

[Harriet] Wedges. All the way.

[Jon] I should warn you, I’m always last to make up my mind in a restaurant. So, chips. But then, are you just condemning yourself to an early heart attack? And has anyone taken into account the feeling of the potato? Mind you, mash is positively barbaric by that measure. And Dauphinoise has the nasty twist of a serial killer. I’ll go with chips. As long as they’re done properly. If not, I’ll just go straight to dessert. 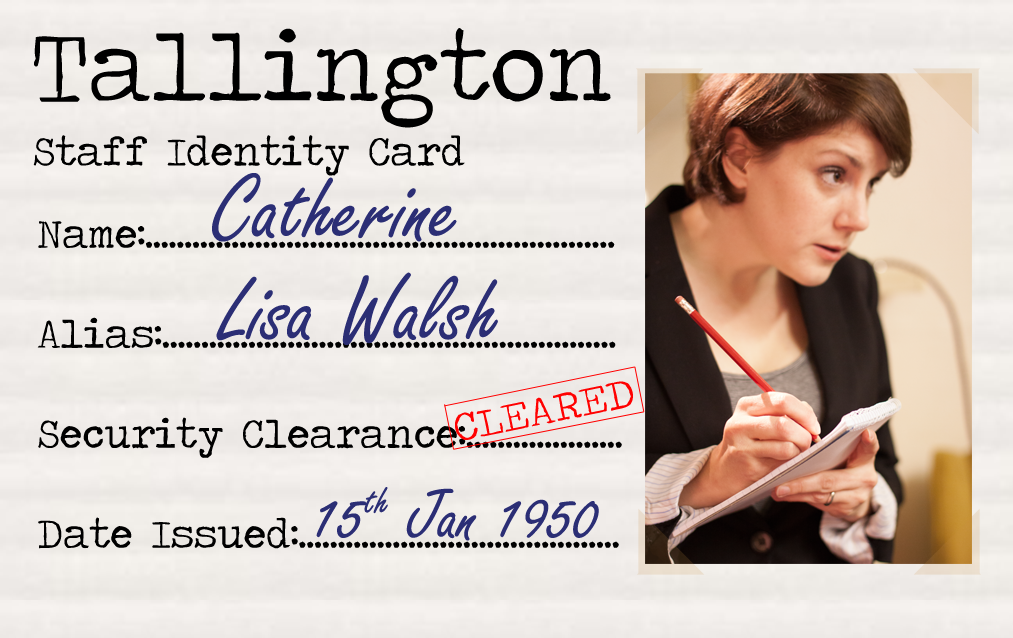 [Lisa] It’s a close call – sausage and mash would be a big loss, but corned beef hash made with parmentier potatoes wins every time.

Tallington is about time travel. If you could travel back through time, what single mistake would you correct in life?

[Matt] Don’t get me started.

[Andrew] A lemon cardigan I thought was the height of style in 1988.

If you won £10 million on the lottery, how would you spend it? 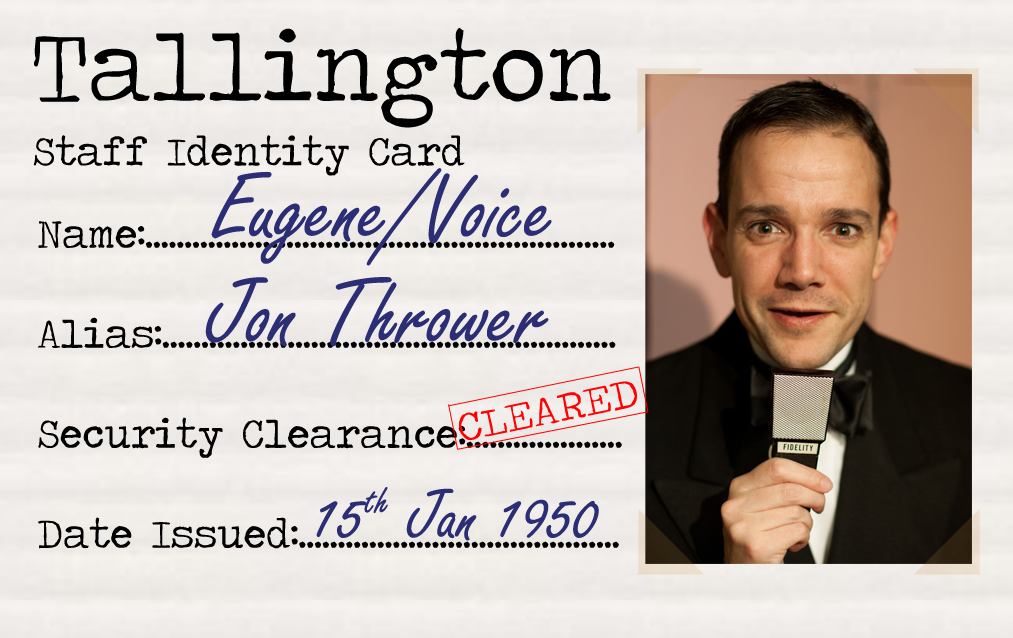 [Jon] That’s a very specific amount. Can we talk about lottery wins in general? The other week I won £3 and spent it on a parking ticket.

[Rob] I’d spend it quickly, then medium and then slowly. Medium house in the country, small flats in a few of my favourite cities, buy a shiny new Fiat 500, sort out family and friends money worries, then volunteer all over the place with my time and do more acting.

[Harriet] I would set up a community ‘hub’ with rehearsal space, a theatre, a bar/cafe and maybe a market. A bit like The Tobacco Factory. Also Rob and I would open a pub, which he seems to have forgotten about. Humph.

[Jon] That’s a good point, he’s supposed to be opening a restaurant with me. It turns out that the only thing he can’t cook is rice (I mean, how can you not cook rice?). This is the only thing I can cook. So I’ll sit in the back doing nothing until someone orders a curry, and he can do the rest.

What’s the Worst Acting Experience you’ve ever had? 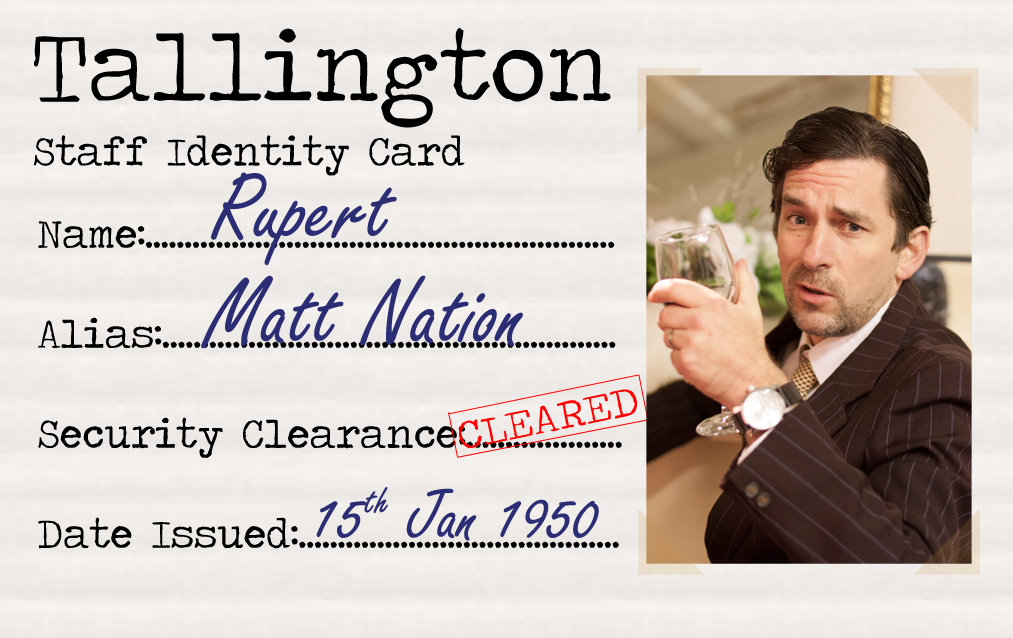 [Verity] Being a drunk tree.

[Rob] When my willy fell out of my bath robe on stage.

[Harriet] Having to do a seductive strip in front of a horrified 80 year old prompt. Whilst the audience could only see my shadow, Maureen more or less got a lap dance. 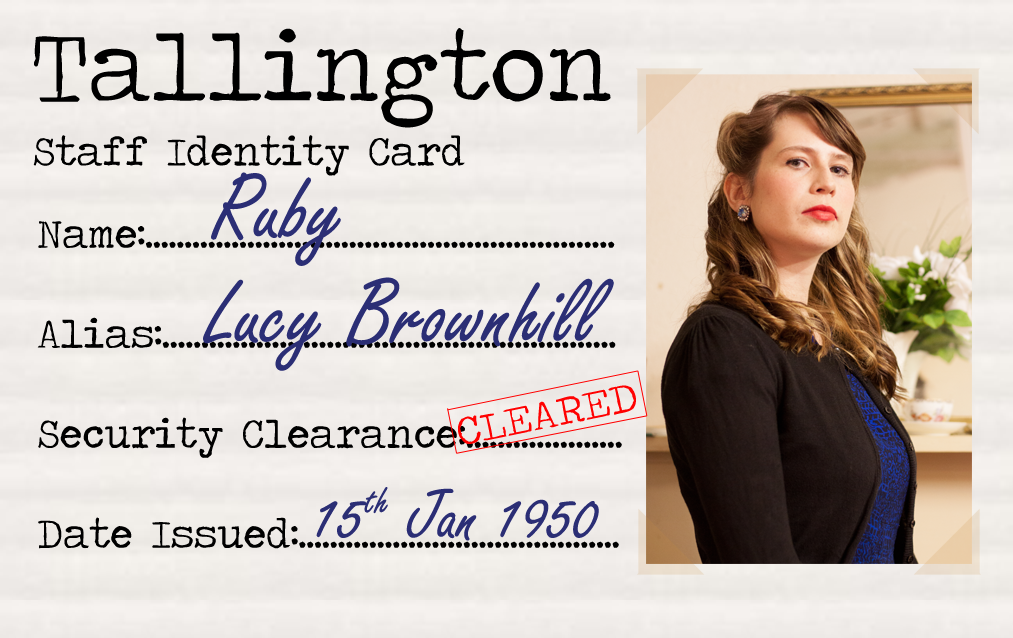 [Lucy] Most of my friends are apostrophe nazis….so yes it is important! Happy now?!

Tell me a knock knock joke.

Tell me a limerick. 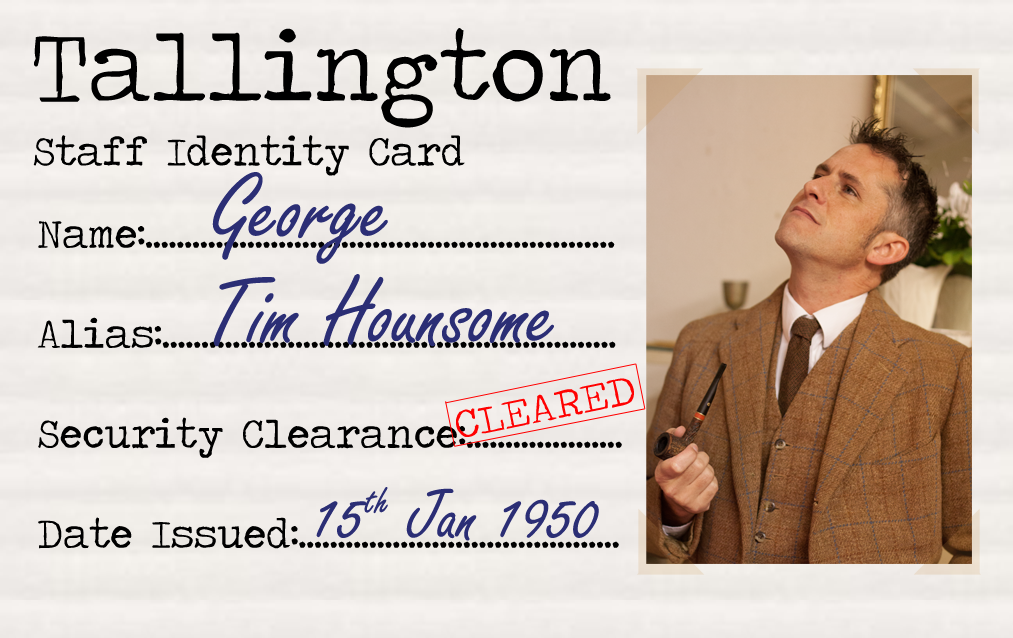 [Tim] There were two ugly sisters from Fordham,
who went for a walk til it bored them,
on the way back,
a sex maniac
jumped out from a bush and ignored them.

[Jon] On the chest of a barmaid from Sale
Were tattoed the prices of ale
And on her behind
for the sake of the blind
the same was repeated in braille.

What Comedy Show do you wish you’d been in, or written? 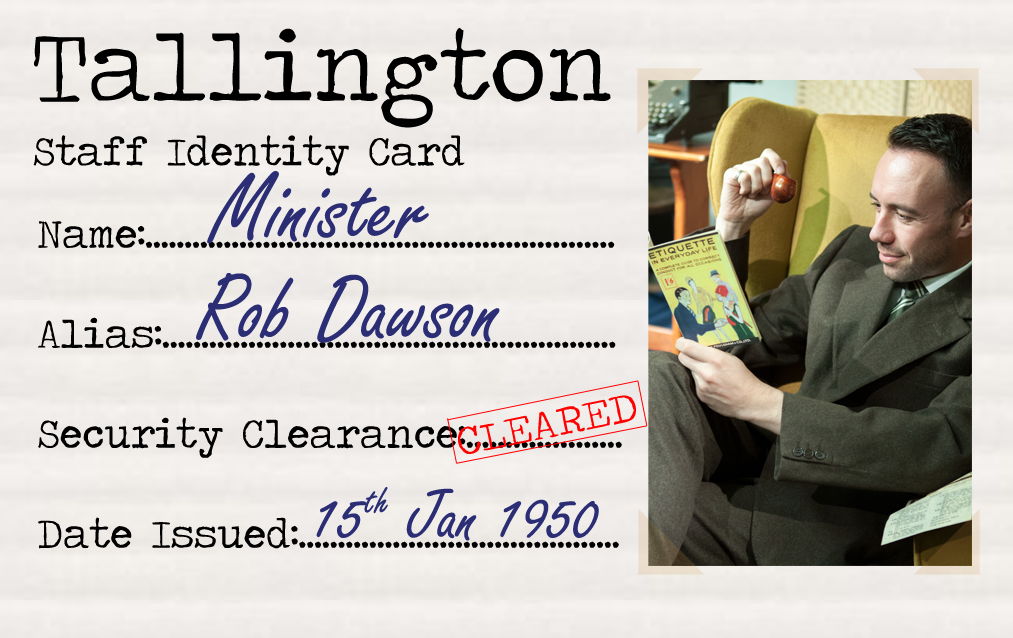 [Rob] French and Saunders of course

[Jon] Not Going Out, Father Ted, the IT Crowd.

Given the chance would you go into space?

[Rob] Big time. If it was with friends.

[Verity] Hell no. Space freaks me out.

[Harriet] I like looking at the stars being twinkly but have no desire to get any closer to them thank you.

What made you say yes to being involved in “Tallington”? 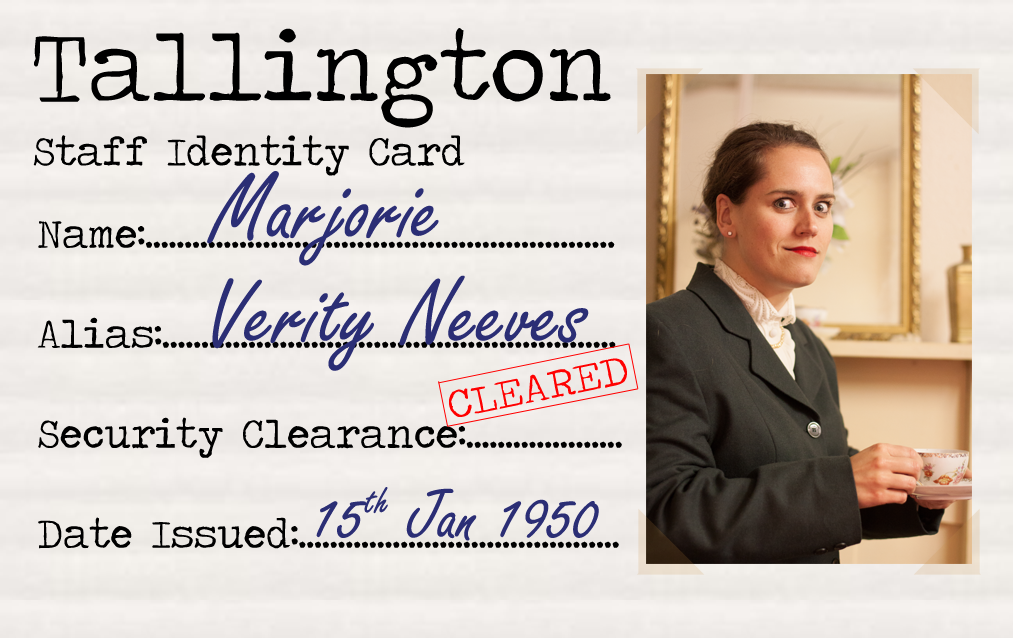 [Harriet] Lisa came to my house, fed me cake and MADE me do it. Well she didn’t make me but I did it anyway.

[Matt] Too busy at the time to say no. Oh hang on – no it was the opportunity to work with such a talented and amazing team of lovely people.

[Tim] I had a very busy life at the time and for some ridiculous reason I thought it would be less time consuming than doing a play!

[Lisa] Great writing, wine and laughter – what more can you ask for?

What are your vices or guilty pleasures? 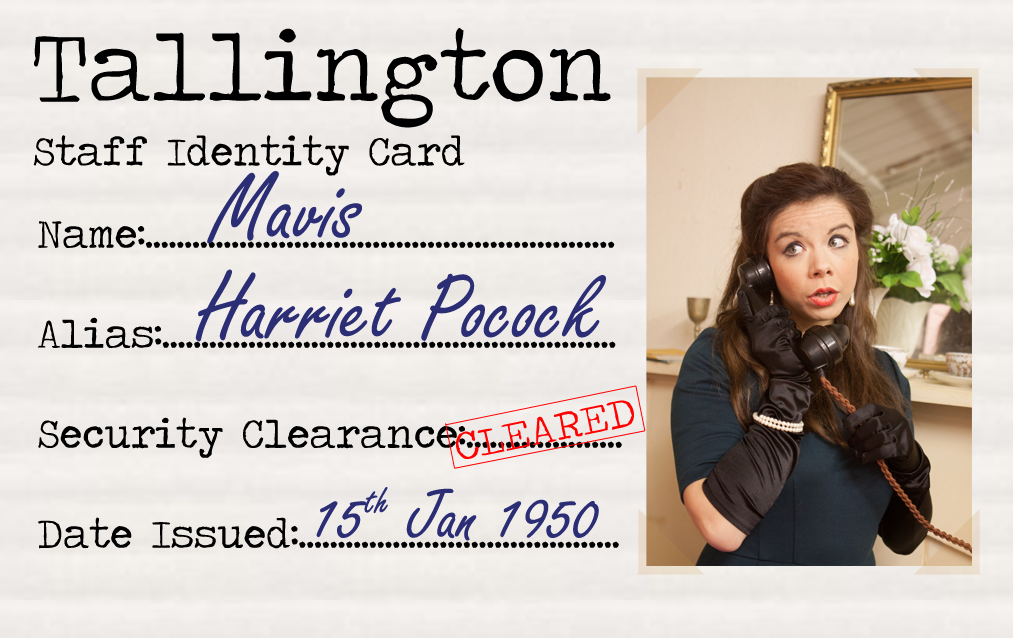 [Harriet] Peanut butter on thick cut bread as soon as I walk through the door without taking my coat off.

[Lucy] Tangfastics, crisps, cheese…ah the list goes on and on.

[Lisa] Cheese (Cheddar or Wenslydale are the worst/best) and terrible TV dramas – preferably involving a love triangle or two.

What are your main influences?

[Rob] The Bedlam Theatre and Footlights in Edinburgh – it made me love acting.

[Harriet] Acting- it has been a welcome escape from reality many a time.

[Matt] James Herriot. He made me want to be a vet at an early age. I followed that dream and am now a successful IT Consultant.

Zombies have invaded the Earth- who’s on your fighting team?

[Jon] Really? I don’t know, you miss the news for one day…

[Andrew] Verity. She is proper scary.

[Rob] Wolverine – but only if it’s the Hugh Jackman one. Not sure we’d get much Zombie killing done though.

What one item would you take with you to a desert island?

[Andrew] A means of escape.

[Lisa] A Ball of string.

[Jon] A ball of string? Are you secretly a cat?

What do you most want to do before you die?

[Andrew] Answer more of these questions.

I sense you’re getting a bit restless. Shall we call it a day?

[Jon] For an imaginary entity dreamed up after the event to impose structure on a random set of answers, you’re awfully cheeky. But it’s probably a good idea.