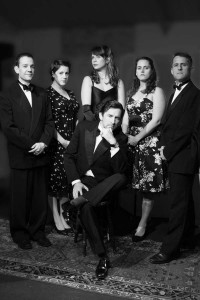 We Are Not Alone are a comedy group based in Bath, UK.

What do we do?

The 1950s – a golden era of science fiction film, when many of the conventions we know in films today were established. A decade of hope, of fear, when dinosaurs walked the earth, and long enough ago that we can get away with being innaccurate. This decade is our inspiration. Mostly. We’re not immune to borrowing anything from the last hundred years or so.

The fifties were also a time of great social upheaval and change. Many of the issues facing people are more alien to us today than the things depicted in science fiction. To quote Wikipedia, “The 1950s was the decade that began on January 1, 1950 and ended on December 31, 1959”. A sentiment that we can all agree with. 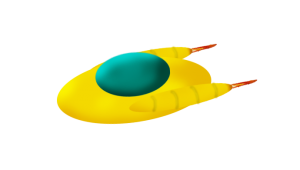 The podcasts are our take on science fiction, science, the paranormal and life in general. It’s all provided free for your enjoyment.

We Are Not Alone began as a sketch comedy podcast in 2010, when the writer Jon Thrower broke his Achilles tendon while rehearsing a play, and was confined to bed for a period of weeks.

Since then, we’ve produced four series of sketch shows (series one, two, four and five) – inspired by a blend of science fiction, satire and the paranormal. Series 5 was produced entirely during the Pandemic lockdown during February 2021, and is recorded using tools intended for remote working. 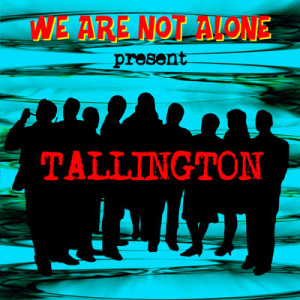 The 2014 series of Tallington is a departure from this format, and features a continuous seven part story revolving around the existence of a secret second world war time travel project codenamed “Tallington” and the eccentric team of scientists and time travelers involved in its creation.  During the series, time travelers are sent to the seventeenth century, to ancient Rome, and even to the modern day. The cast has expanded from the original five to nine, and is now Matt Nation, Jon Thrower, Lisa Walsh, Tim Hounsome, Rob Dawson, Harriet Pockcock, Lucy Brownhill, Verity Neeves and Andrew Fletcher.

In contrast to the ambitious scope of Tallington, in the run up to Christmas 2013, We Are Not Alone are releasing three specials called “Scary Stories”. These are a take on the traditional ghost story, and feature a single narrator, with minimal special effects. Each edition will feature a single tale of the supernatural with a strong comedic edge.

We Are Not Alone – Watching the skies so you don’t have to.

If you would like to get in touch please use the form below.